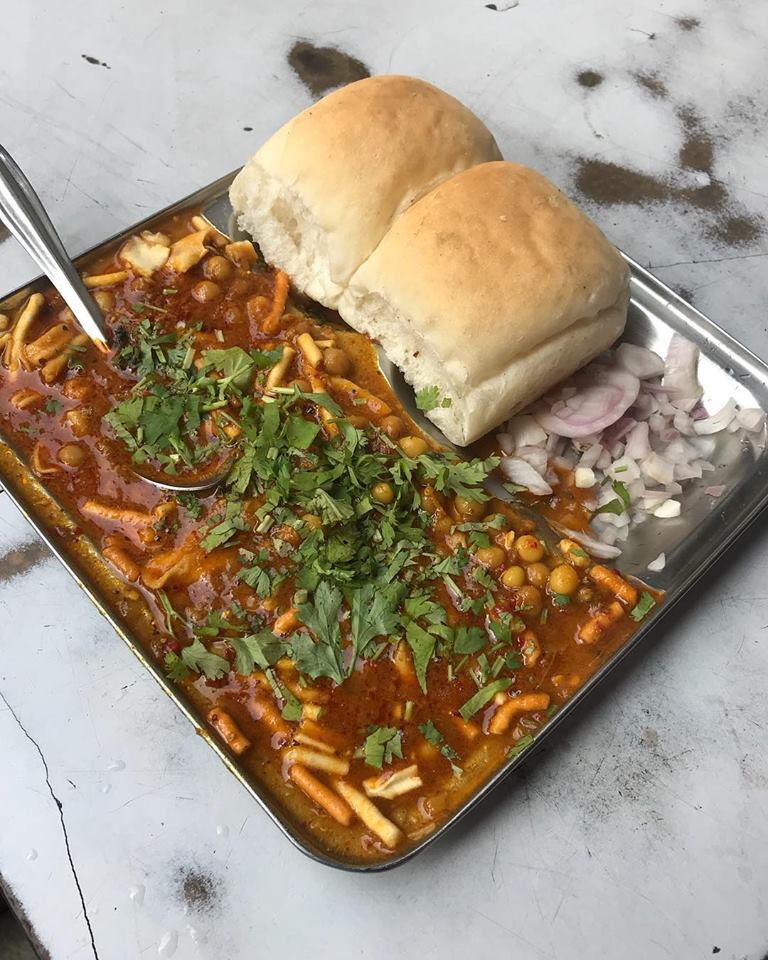 This post was inspired by this wonderful Missal Pav that i had outside KEM hospital where i had gone to a workshop. I went bright and early – did not have breakfast and i met this beautiful dish for breakfast. It was made just right, not too spicy, with a little bit of crunch, not too many dried peas (watanas) and some very fresh pav (bread).

But it also got me a little curious. What was the origin about this humble yet filling snack/ breakfast?

My friends argued that  it’s origin lies in some home kitchen..where left over food was converted into something yummy!!..others  conjectured that it must be a Gujju concoction while traveling around in Maharashtra s/he might be trying to find veg food. Finally finds usal (boiled lentils) but it’s very spicy so he just adds farsan (dried snack) he was carrying to the curry.  But a very well informed friend of mine Amruta Langs said that its origins lie in Kolhapur.  The farsan part came up bit later. The traditional one was served with potato ‘chiwda mix’ which is typically Maharashtrian.  Ideally the missal in a traditional Maharastrian home is served as is … not with pav. Later as street food like vada pav… missal was served with pav.

Watana usal is the most popular with a lot of gravy. Some like it soggy (enough to soak 3 pavs!), some like it crunchy but many of my missal fans like it SPICY! To add to the spice content, a generous sprinkling of onions and a dash of lemons is a must. For the health freaks, substitute the peas with sprouts!

How would you like to have your missal? Are you hungry yet?