Nepal happened at a time where i promised myself that I would seek experiences and not amass things. I was highly inspired by a logical argument that my friend Ansoo Gupta made on her social media that if we saved all the money we used to buy clothing or accessories, we don’t need we could probably buy ourselves one additional holiday or an experience.

Though I have yet to attain nirvana and abstain from consumerism totally, I did manage three international trips, several Indian trips and a handful of experiences in the city I live. This blogpost is dedicated to the experiences I had when I went to Nepal on a solo trip, all thanks to this very logical argument that its better to amass experiences instead of things.

The one that tops the list was paragliding at Sarangkot. Being the anxious traveller that I am, I never ever do things at the spur of the moment. I had been talking to my Bnb host in Pokhara who very graciously organised this in advance for me. I triple-checked the safety measures that Nepal had with three or four people. I made sure that my son is st a safe place – my mum’s home (in case of an accident) before I made up my mind to do this. And then asked a million questions to the ‘pilot’, before jumping off the cliff to glide.

And oh my goodness that was the best ever decision I made! It was such an ethereal experience. Here I was a person with solid bones who was flying like a bird. And better still was when I flew inside a cloud in the sky., something you always wish for when you are on a flight. A mixture of claustrophobia and excitement set in when I was in the cloud and then when u get out of the cloud to see what’s below you – you feel as though you are descending from heaven! This is a life experience one ought to have and should be on your bucket list

Relaxing at the Crazy Gecko

With one tick off my bucket list, there were two more experiences I had at Nepal. Food of course then becomes one naturally because of the love I have for experimenting with new cuisines. This second experience wasn’t just about the cuisine it was about the location. Imagine sitting next to a tranquil lake, reading a book, eating chicken momos and pork chilli and sipping on a cocktail called ‘sex by the lake’. 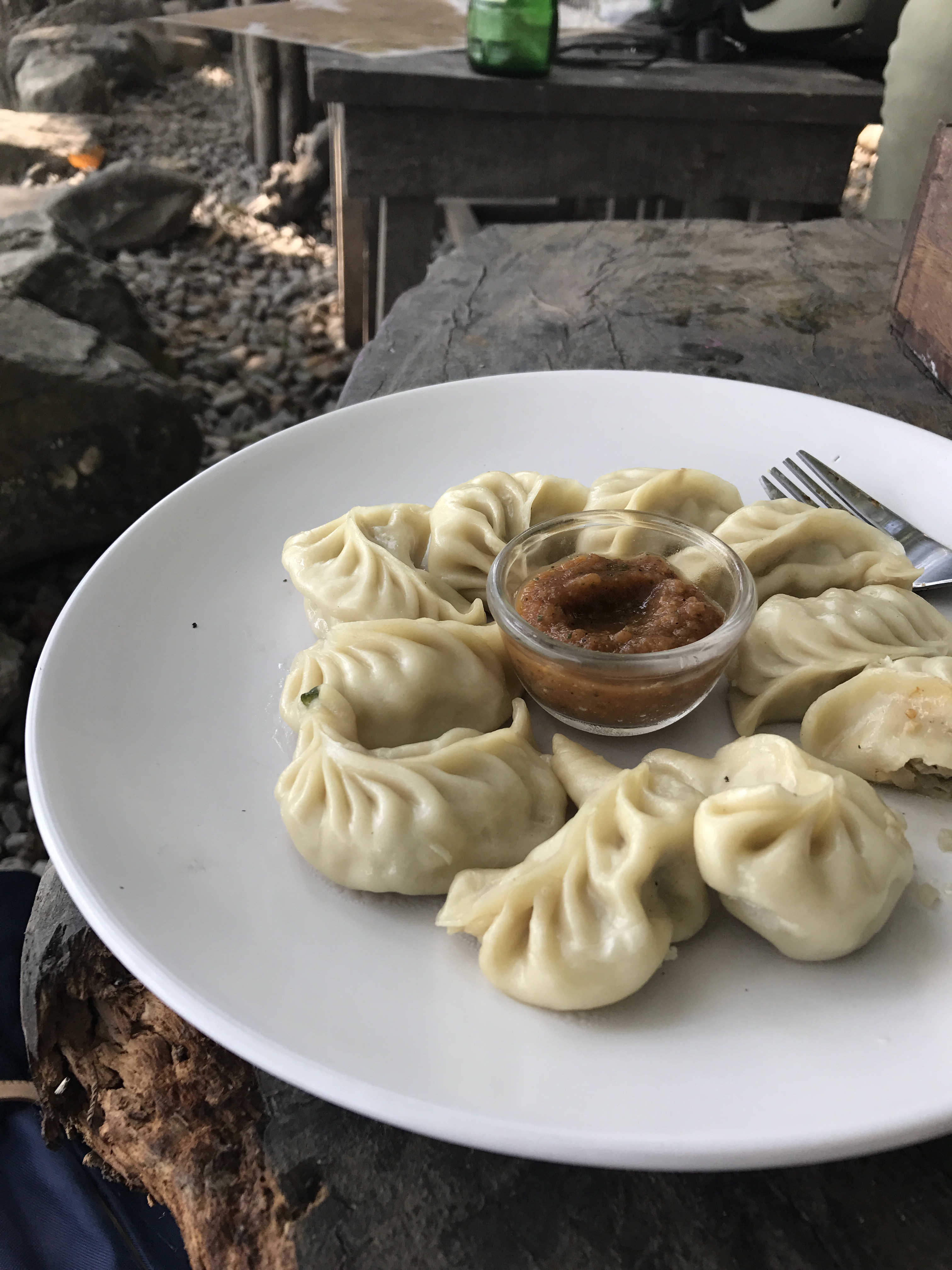 Now imagine doing this alone, with no one to tell you that your time is up and you have some pressing appointment to attend to. And because of that you read for two hours, keep staring at the tranquil waters, chomp on your food without thinking of the calories and just sit. Oh and couple all of this with NO NETWORK! Jealous? I did exactly this at the Crazy Gecko – an unassuming quiet lakeside restaurant, with great covers playing in the background, no network, no pesky waiters, good food, a good book and the quiet lull of the lake. I was a happy soul that afternoon. 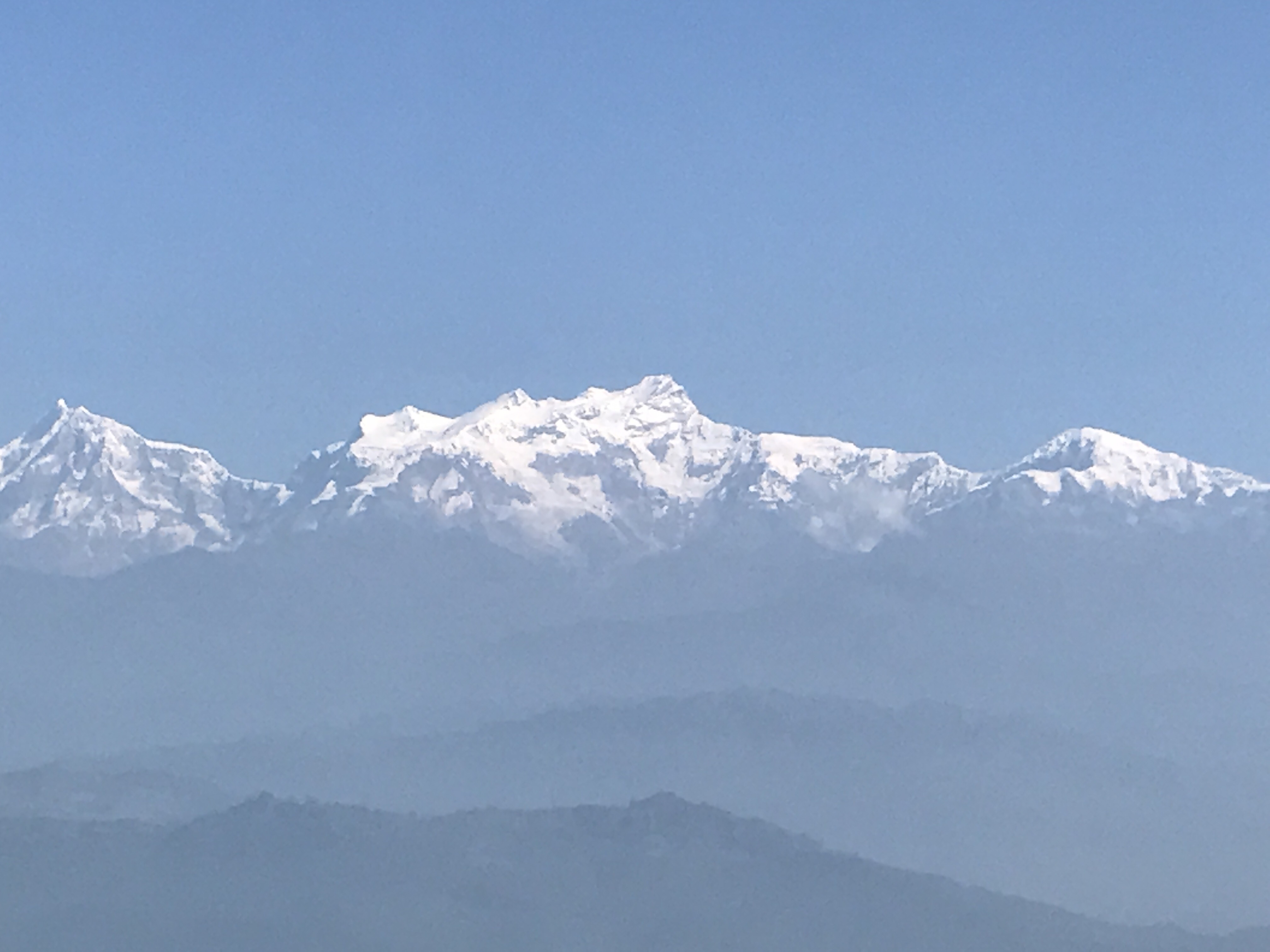 The third might not be an experience to many but it over my senses for the 5 days I was in Nepal. The mountains. Snow capped, majestic, mysterious and calling out to me everyday – morning, noon, night. Everywhere I went there they were – the Annapurna ranges – surrounding Nepal. My favourite was the fishtail mountain – it had a character on its own which I can’t describe well enough in words. Everything about Nepal was about these mountains, people referred to them in their signages, adventure sports were named after them, there was conversation about how many conquered them, climbed them, trekked up to their base camp. There were paintings in shops, prints on t shirts and postcards, miniature mountains sculpted to scale, mountain salt..Nepal was about the mountains. The people adore them, i left the country adoring them and wanting more! I was lucky to have caught a closer glimpse of them on the flight from Kathmandu to Pokhara. I just couldn’t get enough of them – my phone gallery has repeat shots of the mountains from all possible angles. Truly fascinating, intriguing to say the least.

If I had to remember three memories of Nepal that made a lasting impact on me, they would be the paragliding experience, the serenity by the Fehwa lake and the snow capped mountains that lent Nepal the unique personality that it has as a country.

What are your three memorable experiences in a foreign land? I would like to know!