Dumplings are my favourite comfort food. I discovered them in Singapore when a colleague took me to China town to gorge on dumplings of all shapes and sizes. I acquainted myself with baos, dim sums, sui mais, wontons, soupy dumplings, fried wantons..and from then on am a fan.

Over the years of eating dumplings at various places I learnt that the thinner the dumpling batter for the casing the more ingenious are they to make and it gives a certain wow factor to the dish when you first see it. It’s like seeing someone you love after a very long time..yes the same feeling I think.

Some of the best dumpling experiences I have had were when I was pregnant. I would order dumplings at the drop of a hat at any reasonable restaurant or go hunting for them on foot. I was virtually dumpling locator and had pretty much scouted the city for dumplings worth devouring. My go-to place when there was nothing fancy in the vicinity would be Mokto momos – dumplings as we know them colloquially. I would sit alone and devour eight pieces of momos quietly with peanut sauce. It’s not wonder that my baby Aiden is a momo fan too. When we go to a mall he doesn’t demand for pizza or ice cream. He quietly stands at the momo stand and literally demands it. And I am not complaining!

Some of the finest dumpling places I have visited along the way so far and in no particular order are:

We have some other dumplings too – which we know by other names –  ‘modak’ that we make at Ganesh Chaturti or the ‘mutlin’ that we make in Mangalore to eat with chicken curry or the ‘kodambattu’ that goes with Pandi curry, that we make in Coorg. Some other version include getting the dumpling wrapped in banana or haldi (turmeric) leaves for added flavor – and involves a jaggery and coconut stuffing. These too come under the dumpling family and make for great comfort eating. 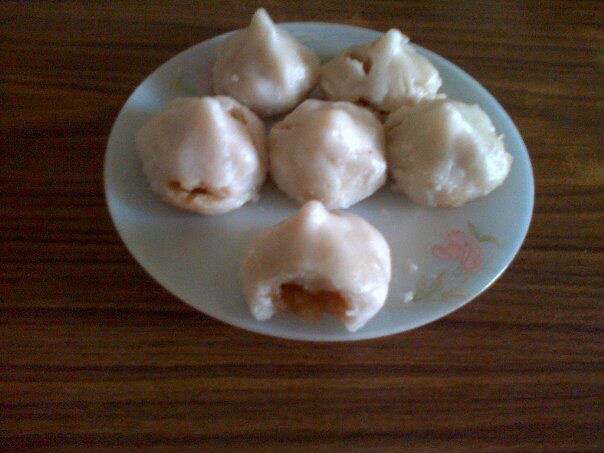